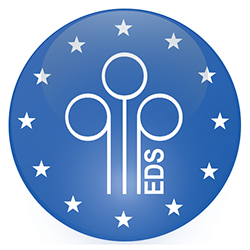 For the European Democrat Students Council Meeting in Rome, Italy by FMSF Sweden.

Expenditures in the European Union

»Every misspent tax fund is a theft from the people«
– Gustav Möller, Swedish former Minister of Social Affairs

Citizens and companies alike, who would otherwise have kept their hard-earned money for their own use, fund the public sector. It is therefore imperative that tax-payer funds are not spent in a wasteful or inefficient manner. Apart from being disrespectful towards taxpayers, waste offers an opportunity cost – as the money could have been used more effectively. We know that tax-payers money can be used efficiently by three ways. Firstly, educating the youth to adapt and make a society more prosperous. Secondly, saving lives both at home and abroad. Finally, funding a legal system that deals with criminal activities in a just and timely manner.

Wasteful spending, on the other hand, is more likely to exist in a less-transparent society, where it difficult to scrutinise spending. If there are no proportional sanctions, it will be hard to maintain accountability by preventing wasteful spending and punishing wrongdoers. It is important European taxpayers secure good value for money. Transparency and insight, independent budget review and clear consequences on spending are necessary factors to consider.

The European Union could be more efficient than it is today. In order to increase its legitimacy, efforts should be made to ensure that public money is spent in an efficient and fiscally responsible way. The ECR has made a proposal about introducing a commissioner responsible for budget control (note 1) “marshal the available resources to achieve effective assessment and evaluations of all expenditure programmes”. The ECR have also suggested an Internal Control Framework to actively force EU institutions to behave in a more fiscally responsible way.

A flagrant example of waste is the once-monthly move that the European parliament makes to Strasbourg, costing 200 million euros, increasing CO2-emissions by 19 000 tonnes and disrupting parliamentary business. While in Strasbourg, parliamentarians spent 5.25 million euros on limousines in 2009 (note 2) per diem-system by signing in and then leaving – an abuse so common that it even has its own acronym: SISO, or Sign in – sod off (note 3).

Another example of wasteful spending includes the Common Agricultural Policy (CAP), which is filled with contradictions and inefficiencies. The Court of Auditors estimated that approximately 4.8% in 2012, or around 4.3 billion euros, of the CAP-budget was not paid out correctly (note 4). In order to remove some inefficiencies, it would be best to try new schemes and proposals on a smaller scale before rolling them out, thereby avoiding teething problems.)

• Recognize that every misspent tax euro is a theft from the people.

• Recognize that the current spending of the EU is not transparent enough.

We, the European Democrat students, call on the EU and its Member states to:

• Stop the travelling circus of the European parliament to Strasbourg and introduce a single-seat parliament in Brussels.

• Appoint a dedicated Commissioner for Budgetary Control in accordance with the aforementioned proposal: “trying to quell corruption, fraud and marshal the available resources to achieve effective assessment and evaluations of all expenditure programmes”

• Implement an Internal Control Framework in accordance with the aforementioned proposal, which requires member states to take a more active role in safeguarding expenditures, including a robust sanctions system.

• Implement a pilot program of expenditure evaluation and transparency evaluation on

• Implement proper evaluations of all expenditure programs to assess if the EU is: adding value, delivering value for money, and achieving the objects for which they were created.

• Promote greater transparency as the default mode when it comes to spending taxpayer funds in all EU institutions.

• Increase transparency in the per diem system to prevent misuse of Sign in-Sod off.

Motion: The Baltic Sea and pipelines